Before I made the big decision to change my life, I had been toying with taking the plunge for quite a while. 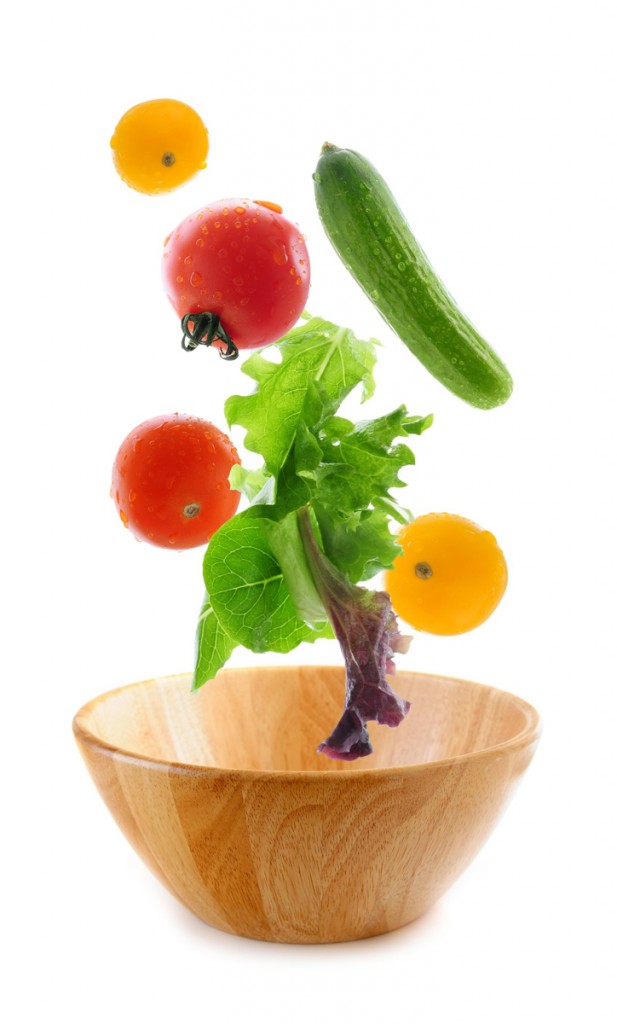 No, I’m NOT talking about marriage.

The ironic thing is, going vegan hasn’t been as difficult as I thought it would be in terms what food I can and cannot eat. The real challenge has been learning how to handle friends, family, and co-workers who don’t understand the path I’ve chosen to take.

But first…a little background about how I got here in the first place.

I tried to proclaim myself a vegetarian when I was in the 5th grade, and while I’m not sure what exactly prompted this declaration, I suppose deep down I must have had some sort of awareness that eating animals wasn’t for me.

Unfortunately, when you live with a family of meat eaters, and you’re  just shy of 11 years old, you don’t have much of a say about what’s for dinner. From my family’s perspective, I was being “picky” and “high-maintenance,” and I’m certain they wished I could have just eaten a hot dog for dinner like every other normal kid my age.

Out of sheer trepidation that my aversion to meat would forever label me as a “problem” for others, I ended up spending the rest of my adolescence avoiding meat (when I could), fearing restaurant outings, and forcing food down in social situations where I had no other choice (such as family parties, dinner with the boyfriend’s parents, work events). I was so worried about pleasing others, and I was so afraid of making them uncomfortable, that I resorted to making myself more uncomfortable instead.

It wasn’t until I got to college that I realized how crazy my anxiety over food was. Why on Earth was I sacrificing my beliefs out of fear that I would offend someone else?

It was during my college years that I finally had the opportunity to live how I wanted to, do my own research and truly learn the healthy ways to live a vegetarian lifestyle without judgment.

I started to become more aware of my overall health, and I began looking at what the food I consumed was made up of. I worked to replace all that processed and supposedly “healthy” food with natural, clean, whole foods full of real ingredients that would benefit my body inside and out. Immediately, I started to feel amazing when I made the switch to real foods and vegetarian fare. I was full of energy, my skin cleared up, and I was sleeping better than ever. And wouldn’t you know, by the time I graduated, my family was a little bit better (not perfect) about accepting my choices.

Yet even though I was feeling more confident about my lifestyle, something was still nagging me inside. It was then that I  knew I was ready to take on my next challenge and transition to a 100% vegan lifestyle.

If I thought the backlash against my food choices was long over, boy was I wrong!

Immediately, the term “vegan” was met with an unenthusiastic response. At holidays, my family looked at me as though I was being “rude” or a “food snob.” At dinner with some girlfriends, they acted as if my motivation was to be ”diet trendy” or “one-up” them and that eating habits were a secret way to personally attack theirs. The most difficult place to be a vegan, however, is at work.

It seems as though we celebrate a birthday every other day in my office. This means there is an abundance of cakes and cookies and afternoon treats around every corner (NONE of which are vegan). I’ve always dreaded these celebrations in the past, but I’ve come to dread these celebrations even more because of the food guilt I face and the pressure I feel from others to take part in the desserts. While I love my colleagues and always attend these get-togethers with a birthday card in hand, a smile on my face, and often a healthier goodie in tow, it never seems to be enough no matter how many times I politely turn down the various sweets, and delicately explain I am vegan.

Someone is always pleading “Oh c’mon, just one bite! It’s soooo good!” Oftentimes it is a person of higher authority doing the begging. Other times, I am met with blank stares, silence, or passive aggressive comments as soon as I bring this detail up. I suddenly find myself feeling out of place without a fork in my hand and cake in my mouth at these gatherings.  It’s quite an uncomfortable situation. Unless I am stuffing my face with an artificial, sugar-laden, non-vegan desserts, I simply don’t feel as though I belong.

In social situations such as this, I am torn because I never wish to offend anyone, especially my superiors, but I do wish to stay true to my beliefs and decisions about my body and health. It’s unfortunate for anyone to be put in a position where they feel as though they must choose one principle over the other.  I find it impossible to understand how and why so many people seem to take it personally when a person has a lifestyle preference different from their own. Whether it be choosing to go vegan, trying to lose weight, or practicing Buddhism, it seems that there will always be someone, somewhere, trying to bash your efforts. Sometimes I get so frustrated inside and I wish I could yell “you don’t see me stuffing tofu down your throat do you! Don’t try to force something I don’t want down mine!” But alas, I refrain. I won’t stoop to their inconsiderate level, and besides…I couldn’t give my fellow vegans a bad name!

Another difficult part of my journey has been following a vegan lifestyle while living with an omnivore boyfriend.

My boyfriend and I met in college and moved in together a year ago. While he has been supportive and always knew I was a healthy eater who teetered between being a vegetarian and a vegan, I don’t think he expected my choices to ever affect his life in any way. The truth is, when you’re a meat-loving guy living with a veggie-loving vegan girlfriend, things can get a little tricky.

For instance, grocery shopping and cooking are not duel tasks. When he and I first moved in together, I had visions of us going to farmer’s markets on Sunday mornings and spending the rest of the day cooking organic fare for dinner. This is NOT our reality! Instead, on Sunday afternoon, we go our separate ways. The boyfriend heads to Market Basket to stock up on a good bargain and stops at local butcher shop to pick up meat for the week. I, on the other hand, head to Trader Joe’s and Whole Foods (when my paycheck can handle it) to pick up items like nutritional yeast, spirulina powder, organic produce, nori and tofu.

When we finally do meet up back at home, it’s time to the kitchen dance!

Our kitchen is rather tiny, so two people cooking at once is a nightmare. Instead we attempt to coordinate who needs to use the stove/counter space first and then we take turns so that we can both sit down together at the same time and enjoy a nice romantic meal (even though the meals are different!). We aim to do this every weekend since our schedules are so hectic during the week and we rarely get to sit down and eat together then.

Not everything always works out so nicely though. Being so different definitely has its drawbacks.  For example, going out to dinner can be a hassle. My boyfriend may want to go to the nearest burger place or BBQ joint but they may not have many, if any, vegan-friendly options. I don’t want my diet to deprive him in any way, so I often try to accommodate him when I can by looking at the menu and creating a meal from various side dishes or salads at these restaurants. Sometimes, however, it’s just exhausting always planning ahead. I think I will try to get him to check out a vegan restaurant in the future instead of feeling bad about asking him to try something different and new.

The same thing happens when I go out or away with friends. When we go on weekend trips, normally, everyone pitches in and buys food for the whole weekend in bulk from Costco’s or BJ’s, but I usually end up trying to buy my own stash of food to hold me over. I don’t mind doing it, but the jokes and jabs about being high maintenance make me feel like the oddball and ruins the mood a bit, for me anyways.

Lately, however, I’ve been aiming to overcome some of these obstacles with friends and co-workers by bringing vegan food that tastes more “mainstream” to events. I’ll just quietly place it down with all the other food on the table and wouldn’t you know, when you don’t draw attention to it and introduce something as healthy or vegan…people often will eat it and often even notice what it is until they ask who made the fabulous dish!

I didn’t choose to take the plunge and become vegan because it’s becoming popular in Hollywood, or because I have friends doing the same thing…in fact, I don’t know ANYONE in my circle of friends and family who is vegan. I chose this path because it makes me feel happy and healthy…inside and out! Isn’t that what life is all about? After all, why should I care if I am “singled out” for being different as long as I’m proud to be who I am? (Cue the snaps please!)

The most important thing for me to do now, and this is possibly the biggest mistake I have made in the past, is to have a little more confidence in the healthy lifestyle I’ve chosen.   I find there is a fine line between educating others in your health-related choices and flaunting them, so I must attempt to do this without seeming as though I am preaching about my eating habits to others.

My boyfriend may support my choices, even though he still thinks I am a little weird from time to time, and my family may never fully understand where I am coming from (although my Mom has been tinkering with a clean diet recently…maybe her next step is vegetarian!), but what I now know is that I should spend less time worrying about what others think, and spend more time trying to get them on my good side with my fabulous, vegan, cooking skills!

It is possible to be a vegan in a world of omnivores, and my goal is to prove it. I don’t like being judged for how I live my life, and I’ve promised myself I won’t do this to others.  You never know, maybe if I don’t push the vegan lifestyle…they’ll eventually test the waters on their own!

This post was originally published on the True Food Movement’s website– you can check it out here!